We’ll be running short interviews with the crew members of the Stinky Movie trip to Bulgaria. We’ll feature questions from us and will throw in the mix the best questions that some of you asked for each one of the guys over our Instagram, check all of them HERE. We present you Joonas and his outcome of that trip, while our outtake was that the Fin came and was dedicated to the crew and the project, he snowboarded as much as possible, he shoveled as much as possible and never said No to a party. Read his Method Mag interview here, and add on by reading the one bellow.

–The trip to Bulgaria was the first time, when pretty much all of the Stinky Fam got together. What was the feeling meeting the whole crew?

Meeting the whole stinkyfam was unreal! So many people from all over the world in a same place, cruising around with same five vans and sharing pretty much everything together for two weeks. It was chaotic at times but noone stressed over anything. I don’t know if I’ll ever experience such snowboarding trip again so it truly was special and unforgetable. Everyone from the fam was super nice and got a lot of new friends hoping to see again one day.

-How was Bulgaria? What’s the impression that you’ve got to the country from that trip? Drinks, food, the whole thing?

Bulgaria was a lot like I presumed actually. Country where old and rugged history meets modern and lively new Bulgaria. Lots of contrast but in really interesting way! People were curious but friendly. Food, snacks and drinks (all sorts of rakia especially) were amazing and affordable. Generally just super nice place to visit and I hope I’ll make it back there rather sooner than later!

-What was the first thing you’ve did once you got back from the trip?

I wish I’d remember but probably something related with netflix and chill. Two weeks of filming, drinking, partying, traveling and generally just being out there took its toll on me hahah. However, I’m still reminiscing the people, parties, food, Borovets, Uzana and the architecture so probably those things were among the firsts to describe how Bulgaria was like.

-What was the feeling to film with that many people at once?

Lets just say it was something I’m not used to doing! Almost every evening at least someone felt an urge to go out or just open a bottle of rakia to share with and sometimes it was almost too temptating not to join the fun hahah… It was a bit slow and casual at times waiting people to get ready in the morning or waiting for a spare shovel to start digging, and sometimes you almost would run out of van with shovels to claim certain spots but on the other side, I’ve never felt that amount of supportiveness and joy when twenty guys are screaming that you got this and they’d fix the landing for you after every try just to get your trick faster. That was super motivative!

That abandoned hotel in the mountains near by Sofia turned out to be a gold mine spot wisely. So many ways to approach it and so many clips were stacked in that area. Snow was really good up there every day and you’d have a stunning view over the city on the way down. And actually there’s still few stones to be turned as we didn’t have time to film everything so I’d say it was the sickest spot, hands down! That bar we went to the first night turned out pretty sick spot too but that’s a whole another story! 😂

-You were counting the broken shovels. How many shovels did we broke during the whole trip?

The whole thing started as a joke when I just started posting photos of broken shovels, putting random number counts into them… but I’m pretty sure we broke a shovel per day, at least. Later on I found out though you can buy the OG Fiskars (superior finnish quality 😄) shovels too but they were mad expensive so we just stuck with breaking the cheap ones day after day!

-And how many drinks you had?

Probably waaay more than I had the whole winter combined together 😈

Shit there’s sooo many to remember and I’m sure I’ll forget some but you know who you are!! First of all, I’d like to thank Risto and Dimo for making this whole dream come true. Thanks Danny for being the most productive and supportive filmer out there, Niko for shooting second angles, Mihail for shooting incredibly nice photos, Miro for driving the van, bringing us coffee and snacks to the spots and generally for being the most helpful and nicest guy around! Also thank you Taka from Death Label for supporting this video, Borovets resort for treating us like kings in their castles, Methodmag for promoting this project and of course most importantly, the whole Stinky Family. Nothing but love and gratitude for y’all <3 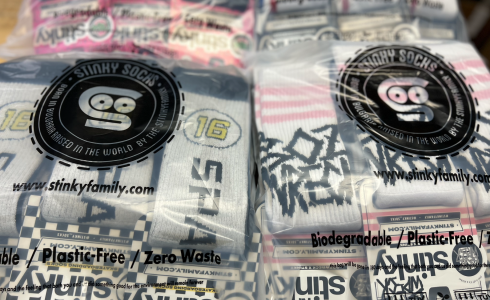 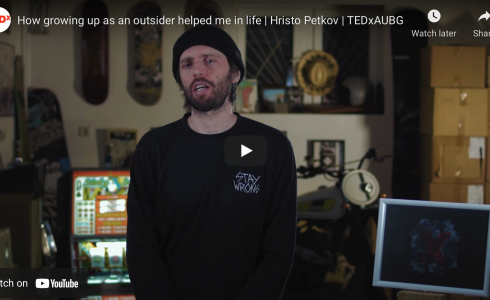 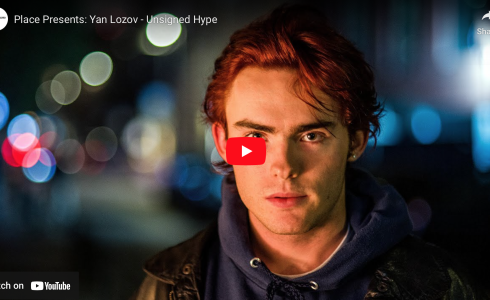